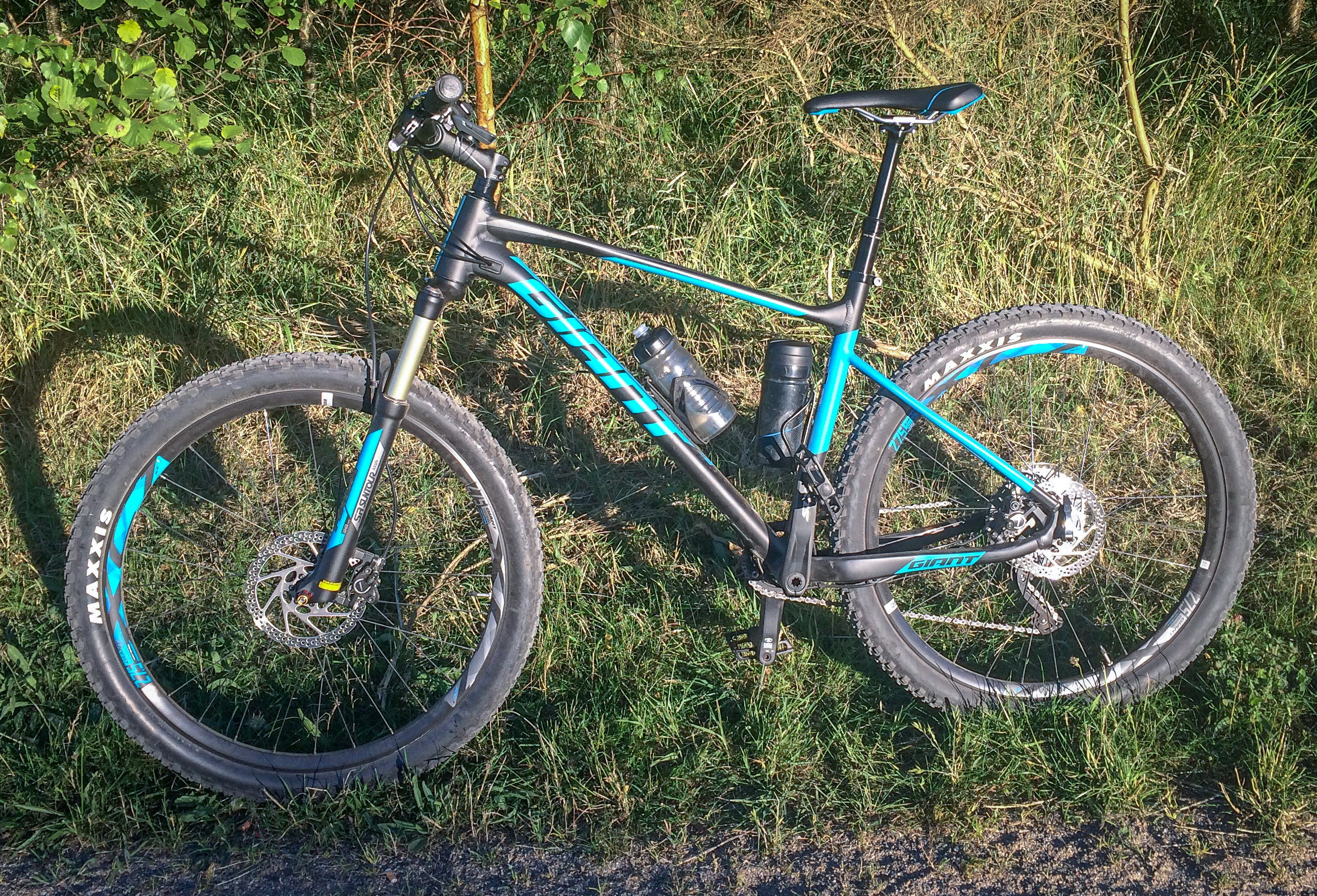 After some radio-silence on this blog, I’m back on the bike.

I’ve rekindled my love for mountainbiking and have bought a new mountainbike instead of investing in getting the old orbea up to scratch. It’s still a lovely bike and I still use it a lot.

But on to the new bike: A Giant Fathom 1 27.5 2017. I have ridden 100 km on it so far. So here is some observation about the riding on this bike, coming from a classic XC hardtail with 29inch wheels and triple chainrings and going to a slacker, more trail focused 27.5 bike with a 1×11 setup.

The quality of shifting has gone way up in MTB in general since my last bike. The Shimano SLX 1×11 just shifts precisely and instantly. Which is really cool and inspires a lot of confidence when pushing hard. And makes climbing easier.

Another thing I’ve never tried before is a dropper seatpost. This really helps with descending steep and rocky stuff. I had to get used to riding with the seat down, and I’m still working on getting better at using it. The first downhill without the seat was a quite scary as I was used to the seat being in a certain position on my thigh and I used that to steer the backend of the bike, or at least thought I did.

Coming from relatively narrow 29 inch tires, the 27.5 2.25 Maxxis Ardent tires feels aggressive and really big(volume). It soaks up the roots better than the XC tires but the wheels on the 29’er roll over more stuff than the 27.5. This is something I notice most on technical uphills. Both bikes climb well but the 27.5 have an easier time getting stuck between roots when going super slow up hill. So you have to make better line choices going uphill on the 27.5.

The bike feels easier to move around, and it feels more “moto”. Like it can power through anything. Improved descending confidence is a big plus too. All in all I am happy with my Giant Fathom 1. Of course there will come modifications along the way (first thing will be grips) and I’ll be sure to write about those on this site.