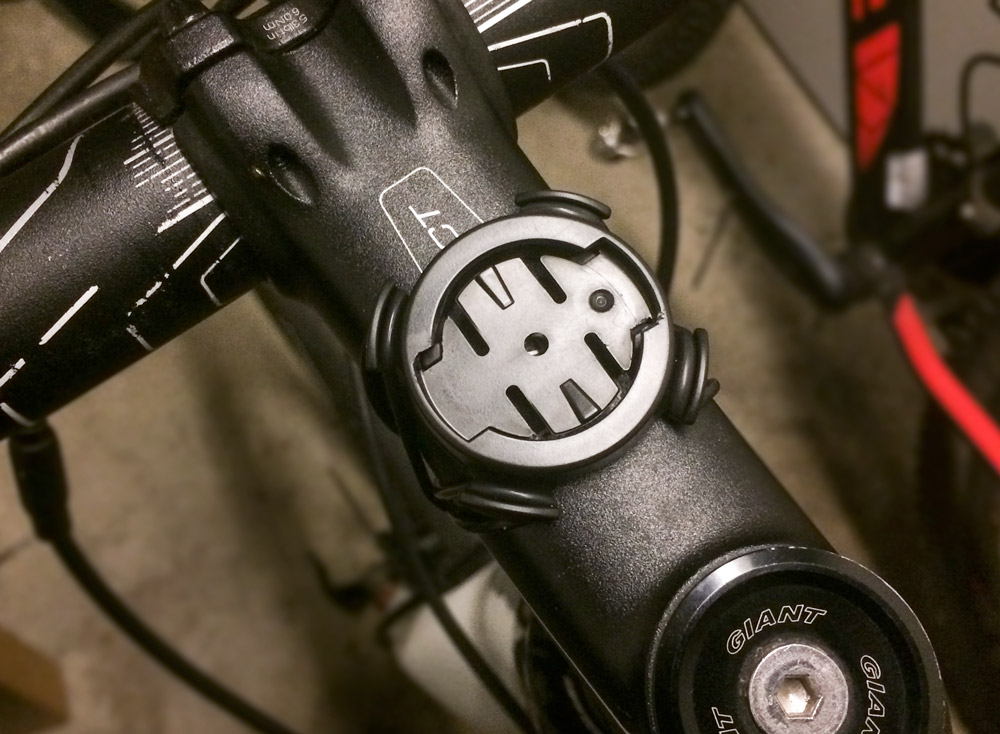 The Wahoo puck-style mounts uses zipties rather than elastic bands, which is quite annoying when you want to move it from bike to bike or only use it sometimes.

The Garmin edge pucks does use elastic bands. But we do not live in a world of standardized mount interfaces. The “wings” on the wahoo is rotated 90 degrees from the garmin and they are also a little wider than garmins so it won’t fit in.

Of course since this is a puck-style mount rotating it is not a problem.

And with a little file or cable cutters, you can make the slots for the wings just big enough to make it work. I used a sharp kitchen knife to scrape the sides of the wing-slots and that worked very well.

Take a little off two diagonal corners, like shown in the picture below. You only need to remove 1-2 mm. of plastic to get it to fit.

Cut a little off the plastic in these areas of the garmin edge mount.

Test fit your wahoo to figure out if you have removed enough plastic from the mount. And then put the mount on your bike.

The wahoo sits as secure in this mount as it does in its own.